The Centre was established in 2001 by UNSW Law with the energetic leadership of Foundation Director Professor George Williams AO and the vision and support of Danny Gilbert AM.

The Gilbert + Tobin Centre of Public Law is committed to the production of highest quality research as the basis from which we engage with government, fellow academics and the wider community on public law issues so as to deepen understanding, inform debate and influence change.

The Gilbert + Tobin Centre of Public Law in the Faculty of Law was established in 2001 with the aim of providing a focus within UNSW for research, engagement and education (including teaching, research supervision and professional education) on issues of law and policy in the area of Public Law.

The Centre’s Members, Postgraduate Students and Visitors seek to actively engage with government, the legal profession and broader community through research, teaching, submissions, media, consultancy work and events including conferences, workshops and seminars. Generating opportunities, particularly for emerging talent, by maintaining an inclusive and supportive environment has been a high priority since the Centre’s inception.

The Centre has a suite of projects to foster expertise across a broad canvas of public law issues, led by Project Directors with an intrinsic interest in scholarship, research supervision and external engagement in that particular area. In keeping with the collaborative nature of the Centre, the work of individual Centre members frequently feeds into more projects than the one for which they are the designated Director.

In 2000 Danny Gilbert, Managing Partner of the law firm Gilbert + Tobin, was approached by UNSW Law and the firm generously agreed to support a centre of public law.

As Danny Gilbert wrote on the 10th anniversary of the Centre’s establishment:

A corporate law firm operating in accordance with the best traditions of the law has the opportunity each day to apply and support the rule of law. Opportunities to help refurbish and invigorate it are less obvious. And so, when in March 2000 I was approached by Professor Paul Redmond the then Dean of the University of New South Wales Law School, asking if Gilbert + Tobin would fund the establishment of a centre of public law, my response was visceral and immediate. I knew that such a centre was important and that my partners would support it. To be able to fund an organisation devoted to informed public debate about laws vital to Australia’s future as an open and democratic society is a great privilege. 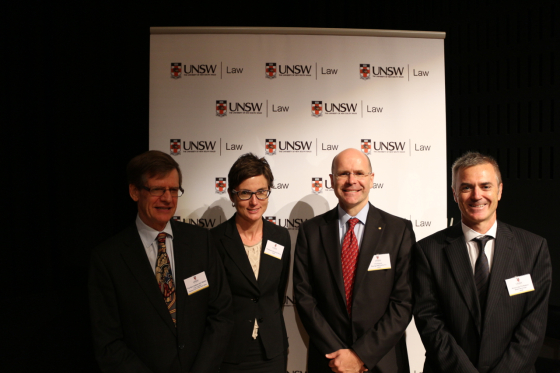 George Williams was the Centre’s Foundation Director (2001-2008). He established the reputation of the Centre, rapidly building its profile and its community of academics, focusing on original research of international standard as a basis for wider engagement. An annual constitutional law conference, designed to bring together people from government, the profession, the judiciary and academia, was successful from its initial outing in 2002 and, for many people in the field, it has become a must attend event. In reflecting on the aspirations he had in these early years, George wrote:

In establishing the Centre I sought to institute projects around questions of public law that were of significance to national and local debates about Australia’s future. This involved as the first and most important step building a body of original research of international standard.

Once done, this enabled the Centre to play a leading role in policy debates through parliamentary and other inquiries, but also via contributions through the media. Our philosophy was based upon the idea that Australians deserve access to credible information about how their system of government works, and that universities have a responsibility not just to produce first-rate scholarship, but to communicate this to the broader community. I also sought to locate the Centre as a meeting point for the wide range of people interested in public law, including those from government, the judiciary and profession.

Establishing the Centre took enormous effort by a range of people. If I was to point to my most significant achievement as Director, it lay in having the good fortune to attract a group of new scholars interested in public law and public policy who themselves were on the cusp of great things. Their efforts as part of our team built a body of exceptional research that was well communicated in academic and wider circles. They also created a vibrant and inclusive culture that over time has been built upon by further generations of scholars

George’s successor as Centre Director, Andrew Lynch (2008-2013), took the Centre from strength to strength. The number of academic staff and PhD students associated with the Centre grew significantly. Andrew focused on three main areas in particular international linkages and reputation; postgraduate student experience; and collaborative and interdisciplinary links with other Australian academic centres and public organisations. After a transitional period, in which Acting Director Rosalind Dixon (2013-2014) provided energetic intellectual leadership for the Centre, Sean Brennan commenced his term as Centre Director in March 2014. From one staff member in 2001 the Centre has grown incrementally and currently has 14 academic members and 12 associated PhD students.

For information about past and present partners that the Centre has worked with, click here.

Copies of the Centre's Annual Reports are available here. 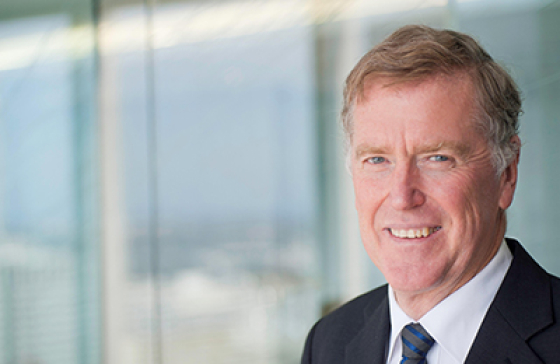